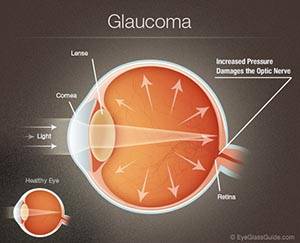 Have your eyes just itched so much that you felt like you wanted to scratch them out?  Have you ever had watery, teary eyes?  Have you ever had red eyes with puffy lids?  If the answer is yes to any of those questions, chances are you are probably one of 50 million people who suffers from allergies especially those associated with hay fever or allergic rhinitis.  Allergies are the 6th leading cause of chronic disease in the United States.  It is estimated that the cost to the health care industry for allergy and related symptoms is roughly $18 billion annually.

Living in the sunbelt state of North Carolina, we have the good fortune of living in one of the most beautiful parts of the United States.  The corollary is that we have the misfortune of living in the sunbelt.  Part of the natural beauty of this part of the country stems from our trees but it is primarily because of the trees that we have more than our share of allergy sufferers.  While allergies affects one in seven nationally, in my practice, it is more like one of every three patients has some type of allergy complaint.

The term “allergy” came from a Viennese pediatrician, Baron Clemens von Pirquet.  He coined the term "allergy" from the Greek "allos" meaning changed or altered state and "ergon" meaning reaction or reactivity around 1906.  Von Pirquet used the term to describe an altered reaction he observed in his patients.  He attributed the reaction to the influence of external factors which he called “allergen”.  His research noted that the allergen caused a reaction by the body’s immune or defense system.  Some common allergens include but are not limited to pollen, bee stings, drugs or food.

Allergic conjunctivitis, an allergic reaction that affects the eye, is an immune response to pollen and other microscopic substances. Pollen is the male component of the plant reproductive system.  The body’s immune system response to what it perceives as a foreigner to the body and in this case, the pollen causes inflammation and swelling of the lining of the eyelids (conjunctiva) and usually the nose also, triggering symptoms, which include sneezing, a runny nose, and itching, watery eyes. When you have this collection of symptoms occurring, this group of symptoms is commonly called hay fever.  Hay fever affects roughly 1 in 7 Americans in the United States.

The typical allergic eye findings appear as an itching eye accompanied by swelling of the thin lining of the eye called the conjunctiva.  This swelling may of the lining of the eye (conjunctiva) sometimes yields a boggy appearance that is often characterized by redness and swelling of the lower and upper lids.  There may appear to be a discharge with these symptoms too.  This is an anecdotal response as the discharge that most patients’ report is typically from an overproduction of tears.  We also hear a lot of patients sharing that their eyes feel blurry.

While there are a myriad of over the counter products available, my clinical experience suggests that it is good to seek the counsel of your eyecare professional.  There are several reasons for this including the over the counter medications may or may not be specific enough for the immune response.  Additionally, antihistamines can be very drying to the eye and can cause other eye symptoms.  If you have any of the above symptoms, make sure you stop, make an appointment and see you eye care professional.  Know that while you may have been living with it for a while, there really does not have to be a whole lot of itching going on!